Perhaps the most photographed lighthouse in all of Michigan, the Grand Island East Channel Light is a study in simplicity. It hasn't been used as aid to navigation since the early 1900's, but it is a symbol of the state, of the Upper Peninsula, of Munising, and a regular itinerary item on the various boat trips to the Pictured Rocks National Lakeshore in summer. I captured this image of the lighthouse from the ice during a brief snow squall, resulting in the ghostly appearance of Munising in the background. 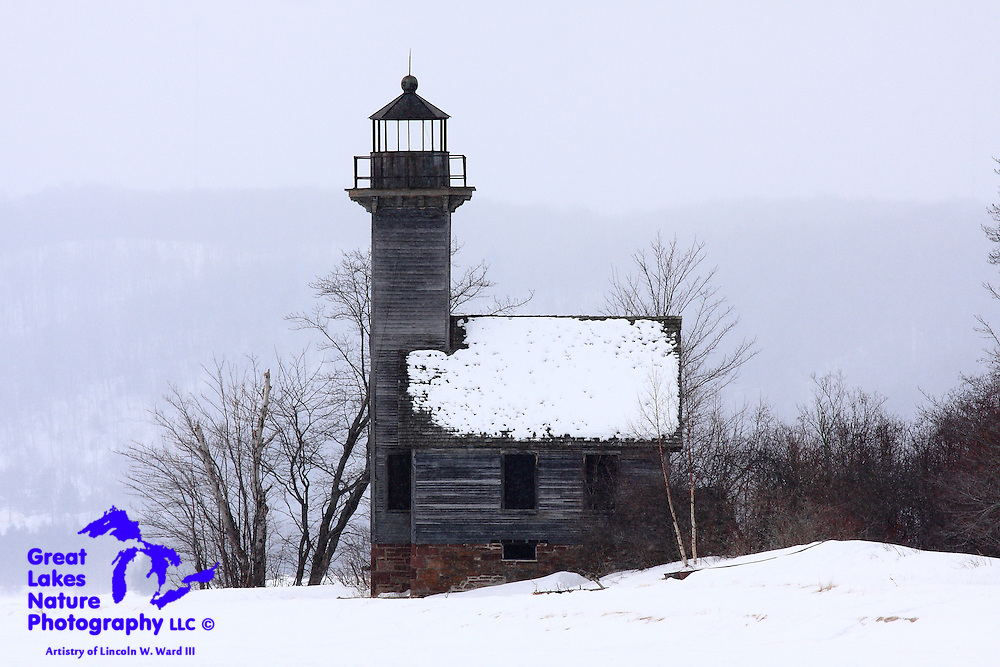