Even though I grew up in Michigan, and have viewed and driven over it countless times, I think I will never lose my sense of amazement concerning the five mile long Mackinac Bridge. Even setting aside the still nearly incomprehensible engineering feat that created it, I have long considered this bridge to be one of the most beautiful man-made creations in the world. I took this photograph in August, 2009, just shy of the Mighty Mac's 52nd service anniversary. 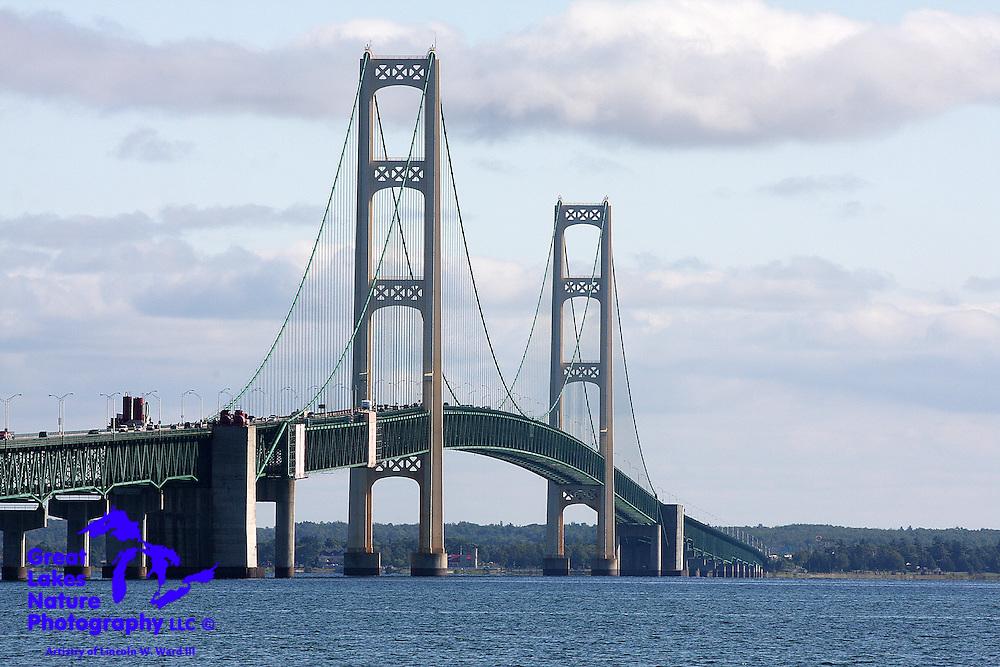