At Lac La Belle, it snows almost continuously from Thanksgiving until April. Because of its location, it almost really doesn't matter which way the wind is blowing, as the lake effect snow will still be there. The only exception was this winter, in which the completely frozen surface of Lake Superior eventually led to the cessation of most lake effect snow, as the water could no longer evaporate from the lake's surface. Just the same, this shot illustrates what happens if you neglect to run the snowblower for a couple of weeks in the Keweenaw. 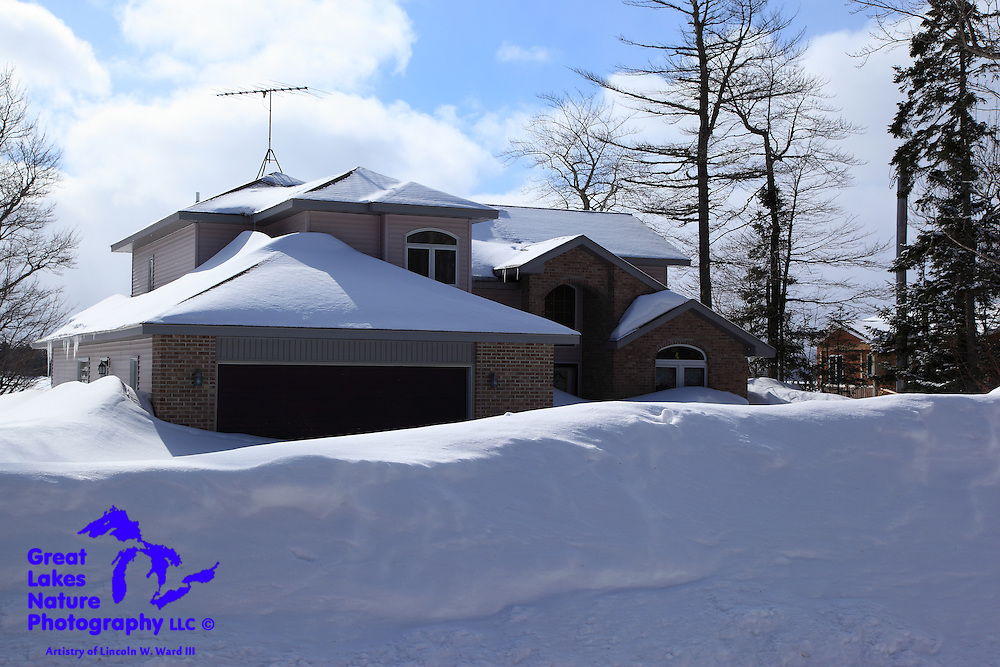