The extraordinary winter of 2013-2014 provided us with an amazing bit of natural artistry, as water, leaching through the porous sandstone cliffs of Grand Island, froze to create the Grand Island Ice Caves. I captured these images on March 13, 2014, after walking across frozen Lake Superior from the Pictured Rocks National Lakeshore headquarters. Because of the very harsh lighting during my visit, I elected to record many of the images in black and white. 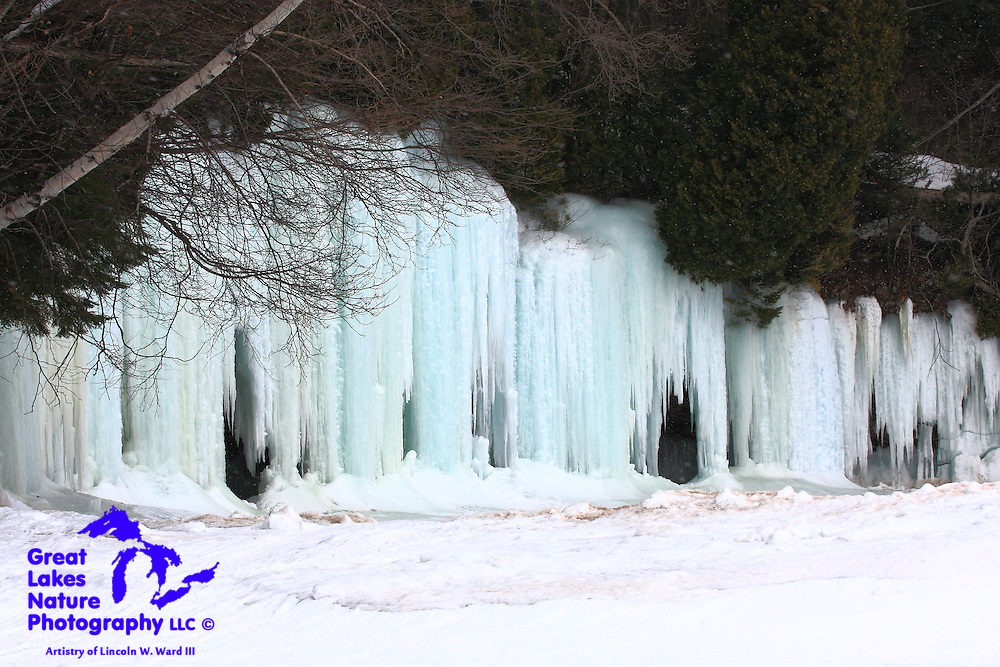